No Time To Blog. Too Many Newborn Kittens to Bottle Feed 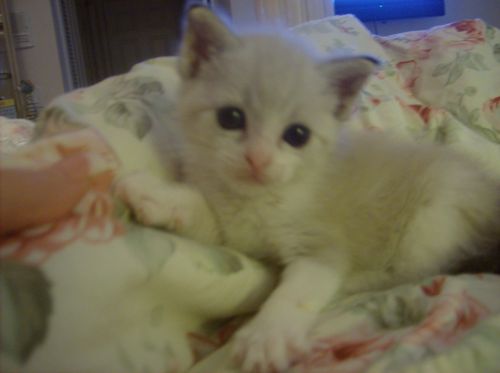 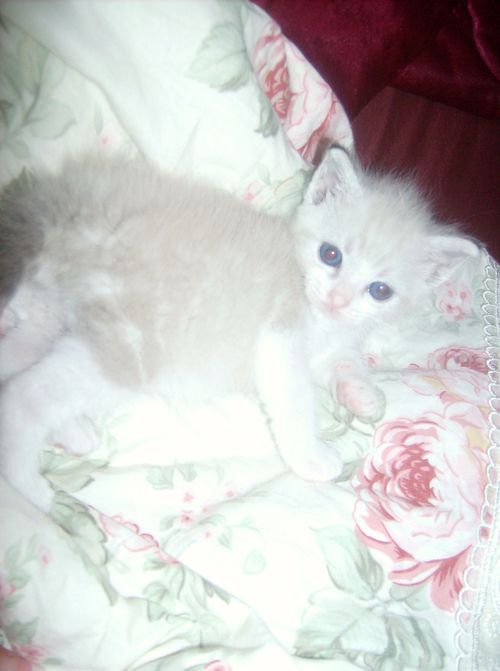 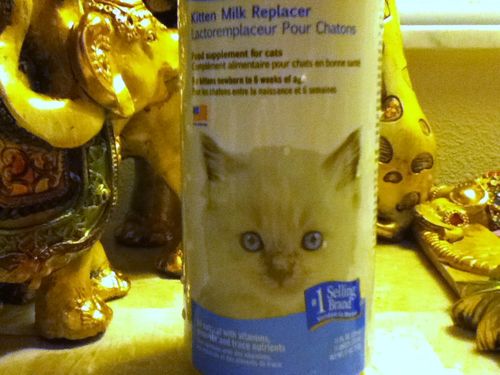 The top photo is of "Oliver".  I have been bottle feeding him for the last seven days.  He only weighed 12 ounces when we got him last Sunday and today he weighed in at whopping

I posted the KMR can because I thought it was "uncanny" how much Oliver looks like the kitten model!

Bottle feeding very young kittens is tricky business.  Oliver was about 2 weeks old when he came to us.  Most kittens begin to eat on their own between 4 and 6 weeks,some start a little sooner and some take a little longer.

Here is a great article that I have found very helpful for feeding newborn kittens:

Little Peanut became lactose intolerant.  He was vomiting and we brought him to the emergency vet since he was so small.  It was also discovered that his urinary tract was too narrow.  He is living with the shelter's vet.  He is six weeks old now and doing well.  He's eating on his own and the urinary tract issue seems to be resolving :)  I worry about him, but know that his living with the vet is the BEST place for him! 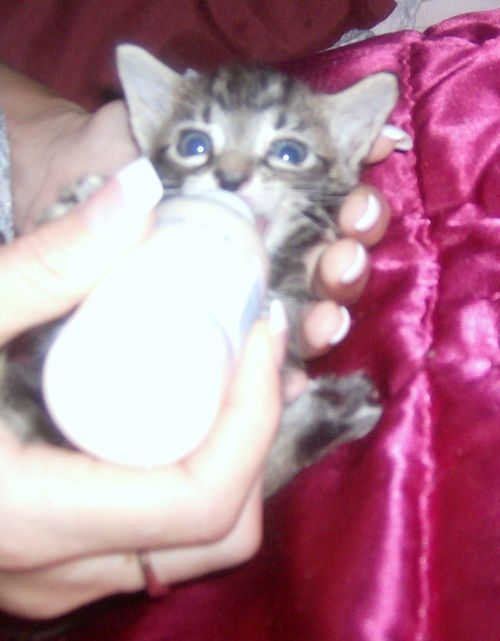 The above photo is of "Little Peanut".  I will keep you posted on both babies.  Thanks so much for stopping by and take care my friends.

You DO have your hands full! Yes, please keep us posted about Oliver and Peanut!

I love the last photo, cute!

Oh my goodness, Oliver and little Peanut are so sweet!I hope he gets strong enough to be able to eat normally. The picture of you bottle feeding little Peanut warms my heart :) I'm so grateful for people like you. Bless you, Michelle!

You have the patience and love of an Angel. Keep up the good work.

Awwww, you rock for doing that! My fur baby looked just like that first kitten when she was tiny!

Oh my. What adorable kittens they are. I want to cuddle them all.

Michelle you're an angel.

excellent photography! I've found lots of nice work on your blog. thanks a lot for sharing with us.

Thanks to give me these type of information

I read a lot of blogs but this blog is really awesome and fulfill all my requirements...Very Good job Guys!

Fantastic photography! I've discovered many awesome work on your site. thanks a lot for giving with us.